The second half of the 18th Century was a time of great change in country life in Scotland. New ways of farming meant fewer people were needed to work the land. Many landowners in North-East Scotland founded planned villages which they hoped would provide work in textiles and other industries. And, of course, the landowners would get extra income from the rents and feu duties. 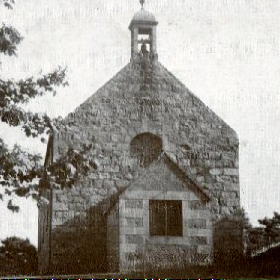 St. Marnan’s Episcopal Church was built in 1824 at the top of Main Street. 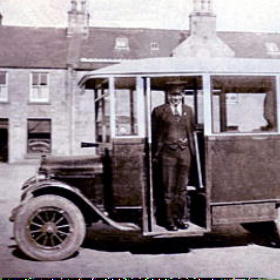 Hay’s bus in the Square 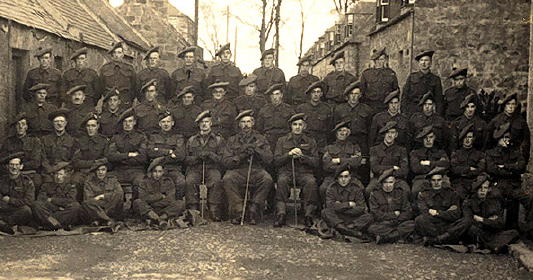 Although Gordon called the village Foggieloan, his successor as owner of the estate, John Morison, renamed it Aberchirder after the thanes of Aberkerdour who lived at Kinnairdy Castle on the River Deveron in the 13th Century [Attract 05]. However, the popular name of Foggieloan – often shortened to Foggie – has survived for over two centuries, and has been incorporated in the motto of the coat of arms. 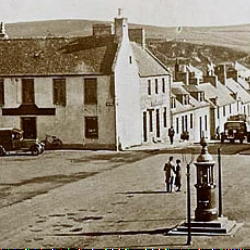 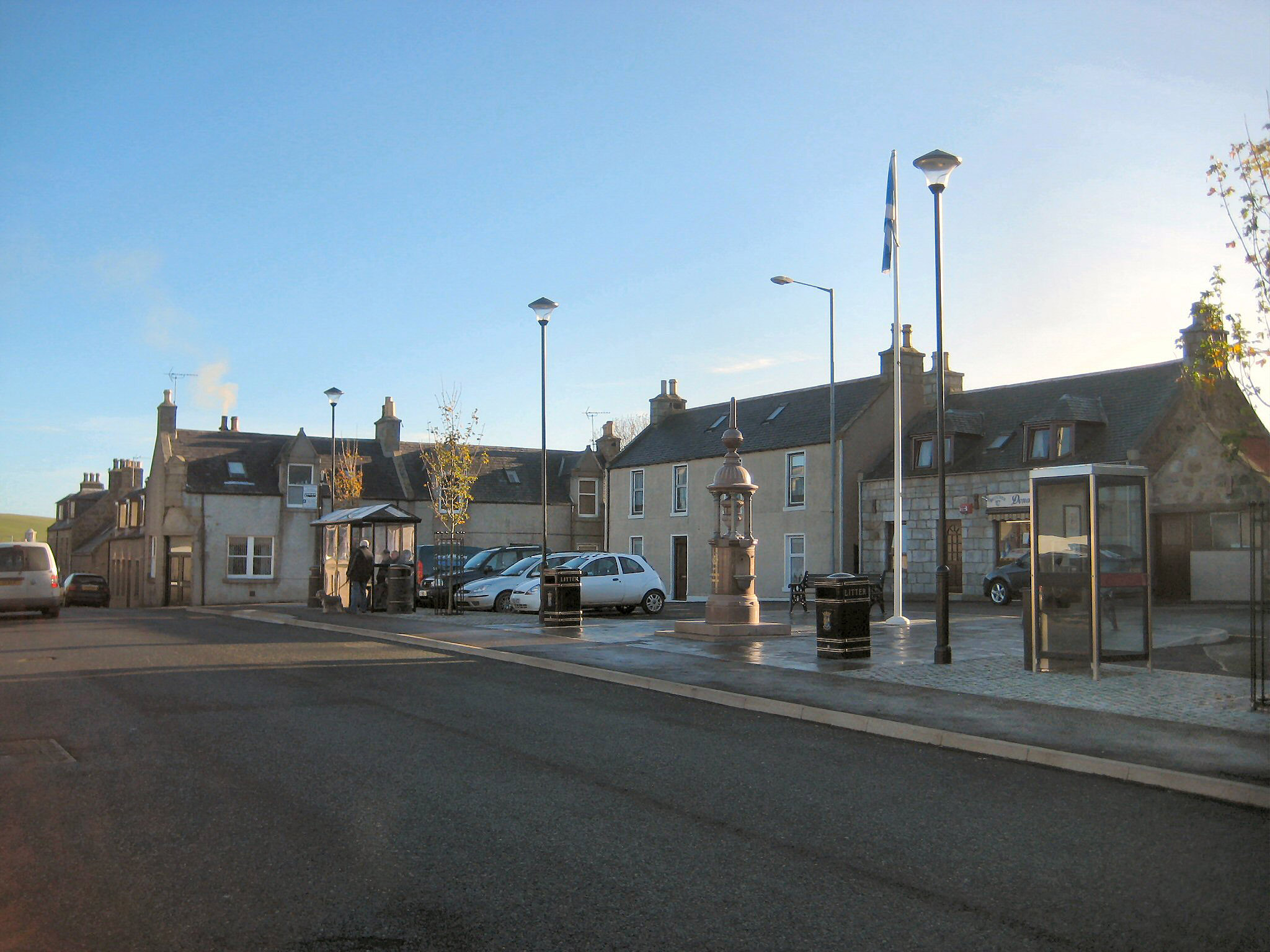