As the First World War drew to a close the Government made a promise to tackle the problem of slum housing which in many parts of Britain afflicted so many families, and to provide “homes fit for heroes”. A series of Housing Acts was passed, and by 1939 over 230 000 houses had been built by Scottish local authorities. However the pace was slow in Aberchirder, with the Town Council pleading that few slum house tenants – many described as being of the “hawker class” who lived there in winter and went on the road in summer – would be able to afford an economic rent. Although six houses were built in North Street in 1921-22 and another block of four in 1931 it was not until the mid-1930s, when Government offered Councils grants for slum clearance, that the Council made serious attempts to rehouse tenants of derelict properties at the top of Main Street and in the middle section of South Street. A total of twenty new, solid two storey stone built houses were constructed and they still provide good housing today.
The construction of the tenement block at what is now 5-11 Main Street (rather confusingly, as it is entered from North Street) was the first on feus with houses declared unfit for habitation. This set a precedent which the Town Council followed increasingly during the 1930s. After World War Two greenfield sites were used for the Smith Crescent and Wellfield Terrace schemes, but slum clearance continued until the mid-1960s.
In this period few new private houses were built, but in the early 1960s the Town Council began to offer improvement grants to property owners to bring their houses up to standard. As a result enough original houses survived to leave streetscapes which make it easy to imagine how they looked in the 19th Century. 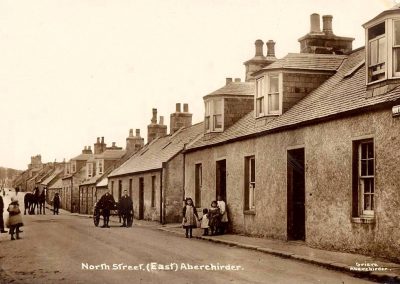 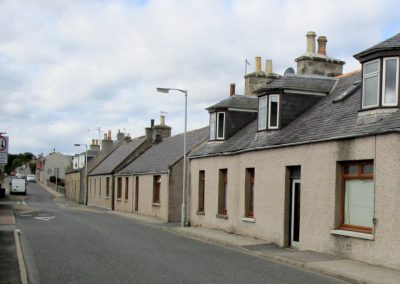 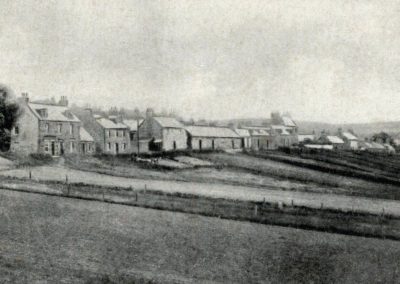 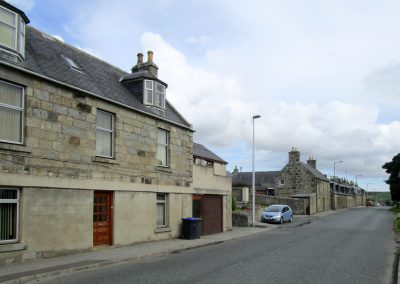 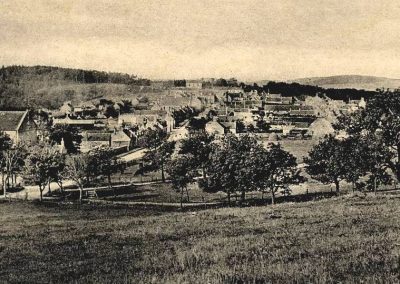 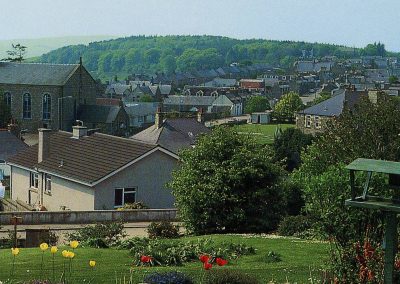 With regard to utilities, the Grampian Electrical Supply Company had developed hydroelectric schemes at Rannoch and Tummel from 1930. In 1936 it brought electricity to Foggie to provide street lighting in all main streets and the Square. Aberchirder folk boasted proudly that they had electric street lighting before Banff, Macduff or Turriff. Whereas the lights in those towns were switched on early in 1937, the first ones in Aberchirder’s Main Street and Square were operational at Christmas 1936. At the same time a start was made on installing electricity in the new council houses being built in South Street as well as the existing ones in North Street. After a lull during World War Two demand for electricity for domestic lighting and cooking resumed, so that by 1965 several substations had to be provided to keep up the voltage throughout the town.
However the lack of a sufficient and reliable water supply was to remain a problem throughout this period.