This photograph, supplied by Nancy McKidd, is said to have been taken – quite likely by the Provost’s son William, a keen photographer who published picture postcards of Aberchirder and district – on the occasion of Queen Victoria’s Diamond Jubilee. The celebrations in Aberchirder on 22 June 1897 included the inauguration of the Jubilee Fountain by Miss Margaret Auchinachie, daughter of the Provost, who had donated it. The photo has always been described as being of the Town Council, but the names provided with it do not match the nine members of the Council at that time as shown in the minute books, and indeed the photograph has eleven people in it! 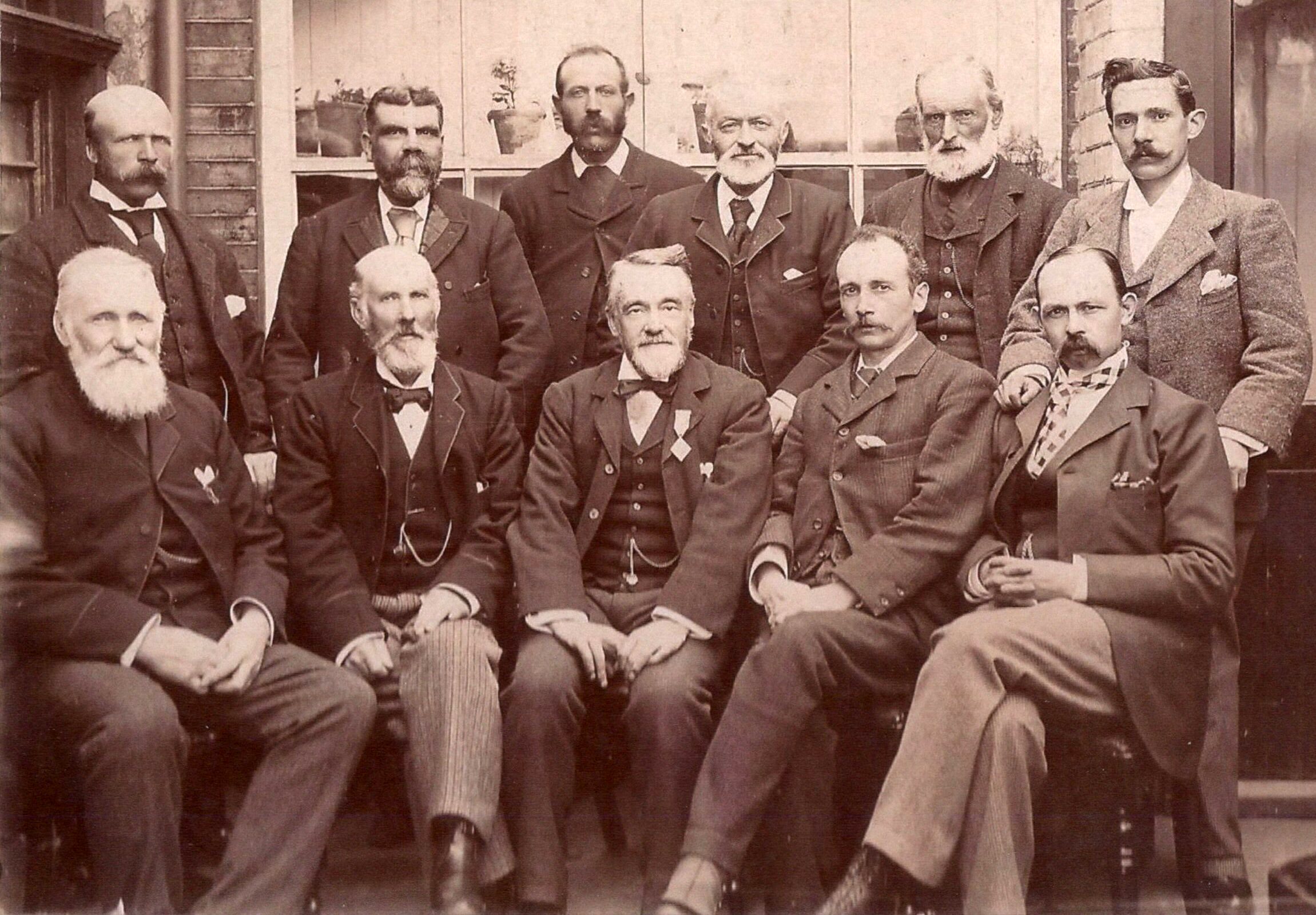 The list of names provided reads:
Back (l to r): Leslie Gregor, Unknown, Henry Wilson, Alexander Gardiner, John Sim, William Grant.
Front (l to r): John S Stewart, William Smith, William Auchinachie, David Leask, Frank Anderson.
Of these, Messrs Gregor and Grant, along with all in the front row, were councillors. Of the others, two were Council employees – Henry Wilson as Inspector of the Poor and John Sim as Burgh Surveyor – while Alexander Gardiner was a printer and a leading temperance campaigner (as was the Provost). The two other councillors listed in the minute book were both shoemakers – Joseph McKenzie and Charles Paul – the latter of whom (as a longtime stalwart of the Parish Council), is likely to be the man second from left in the back row.