In July 1940, Churchill set up the Special Operations Executive (SOE) to conduct warfare in Europe by organising espionage and sabotage behind enemy lines. In its early days SOE also served as the core of the Auxiliary Units, a British resistance movement which would act in case of a German invasion.
These top-secret Auxiliary Units of six to eight carefully selected men operated all over Britain – estimated at about 3500 men in all. The units were especially active here in the North East, which is why the area is blessed with the remains of several secret bunkers and bases. Patrol leaders were often schoolmasters, while the bulk of recruits were farmers or farm workers, who had the necessary detailed knowledge of their local area.
Although members of local Home Guard platoons found their way into the Auxiliary Units there was not really much contact at any level, although some very senior Home Guard officers may have known about the Auxiliary Units as some of their individuals with the necessary qualities were being ‘poached’. 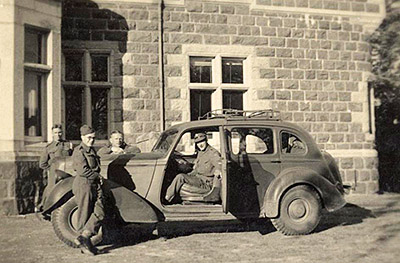