The people of Aberchirder and Marnoch, as everywhere in Britain, were governed after the 1707 Act of Union by the Parliament at Westminster. MPs were elected by a handful of rich men; the 1832 Reform Act widened the franchise to include middle-class people, and the 1867 Reform Act gave the vote to better-off working-class men. In the roll of Banffshire MPs only one local man appears, as a Whig member from 1827 to 1832 – John Morison, laird of Auchintoul, who had turned Aberchirder into a thriving settlement.
When Aberchirder was founded there was very little local government in the modern sense of the term. Under a Scottish Parliament Act of 1667 shires – later more commonly called counties – each appointed Commissioners of Supply who collected a property tax which went to the Crown. From 1686 the Commissioners were responsible for maintenance and repair of roads and bridges. At this time too, parishes – the smallest units of Church of Scotland administration, locally Marnoch – were made responsible for taking care of the poor and destitute. Most people’s daily lives were governed by local landowners who provided work and housing on fairly precarious terms.

The Banffshire Commissioners of Supply – who included William Aitken Esq of Auchintoul – set up the Banffshire Constabulary in 1840 in response to increasing problems caused by vagrants from neighbouring counties where police forces had been established. The Aberchirder police station (with built-in jail) at the top of Main Street had one police officer and two constables, overseen by Banff. 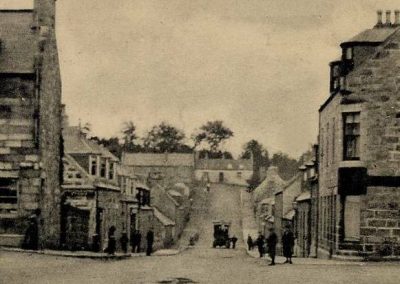 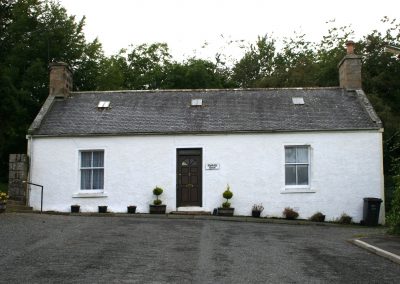 An old resident recalled that in the 1880s:
“Mr Alexander, banker and chemist, was the only Justice of the Peace and offenders were brought to his shop. Mr Alexander and the policeman retired to the back shop where local offenders were admonished and tramps sent out of the village while any serious cases were sent to the Sheriff Court in Banff.”

A constable relieved – but not for long!
In the early 20th Century Foggie had a reputation as a rather wild place. There is a story – possibly apocryphal – of a police recruit who had done his training at Banff and was called in by the sergeant to be given his first posting. On being told he was being sent to Aberchirder, he replied: “Oh! Thank goodness! I was feart I might be gawn tae Foggieloan!”

The Aul Jile was replaced by a new Police Station which opened in 1908. The cell was in the small building attached to the policeman’s house.
During the 20th Century a policy of centralisation saw the Banffshire Constabulary being amalgamated in 1949 with three other forces to form the Scottish North Eastern Counties Constabulary, which in turn merged in 1975 with Aberdeen City Police to form Grampian Police. Finally Grampian Police was subsumed into the single national force, Police Scotland, in 2013.
As centralisation proceeded, residents of Aberchirder lost their local bobbies and police station, which closed in 1993. Since then the village has relied on occasional visits by police cars from Banff or Turriff. 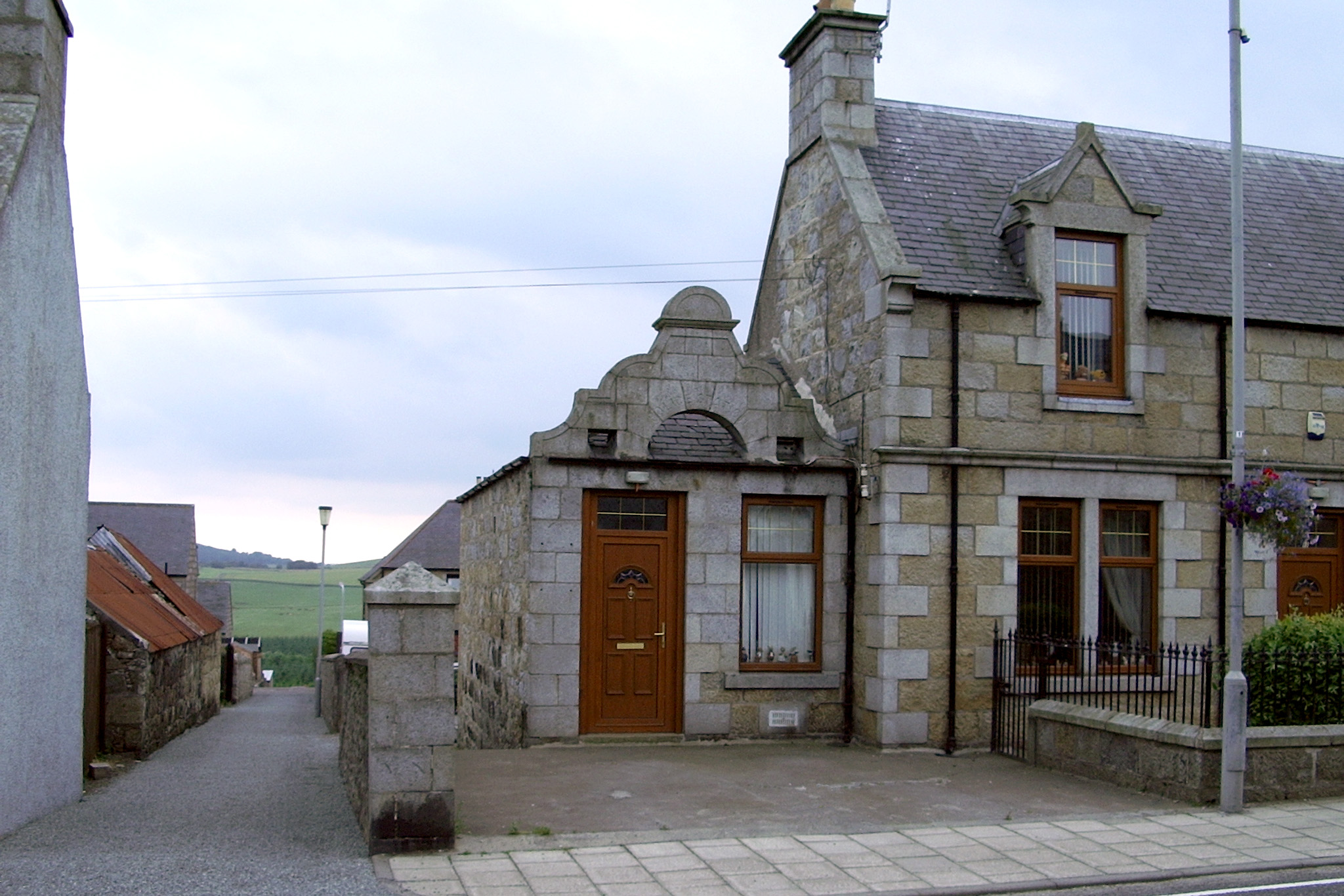 In 1845 the Marnoch Parochial Board, with members elected by local people, was set up to be in charge of poor relief with powers to raise taxes to give paupers outdoor relief, as money or goods.

The various Churches provided a basic primary education but following the Education (Scotland) Act of 1872 most schools came under the control of elected School Boards.