25, 25A South Street (1969):
In 1964 the Town Council had bought for £550 a feu belonging to Mr Barclay which included what two years later was listed as an uninhabitable house at 25 South Street. It was replaced with two houses – numbered 25 & 25A – completed in 1969 by L A Anderson. Previously 38 & 39 Southview Terrace had been built at the top end of the feu as part of Phase 4 of the development of Southview Terrace. 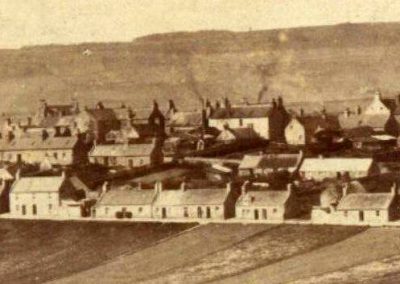 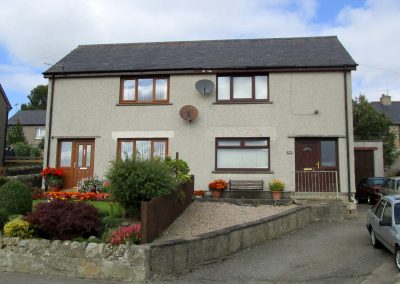 8, 9 South Street (1972):
The Town Council had bought this feu for £206.15s in 1959. It contained two houses on South Street and three at Nelson Terrace on what was to become Southview Terrace. All the properties were in poor condition, but for the South Street ones the Council decided as a temporary measure to install sinks and a flush lavatory to be connected to the tanks and drain recently laid at 10 & 11 South St. The tenancy of 8 South St was offered to Mr J Harris, 43 North Street, “at present living in an unfit house”; he accepted and asked if electric light could be installed. The Council refused but he said he could install it at his own expense.
By 1967 the Council was ready to sell off the land for £200 to David MacLennan, the owner of No.7, but a two-year disagreement over the adjoining lane led him to withdraw his offer. At this point the Council was advised by Architect Mr West the houses, which the Sanitary Inspector had reported were infested with vermin, could not be brought up to standard. So it was agreed a block of two three-apartment houses should be erected on the site by L A Anderson and the new houses were completed by 1972. 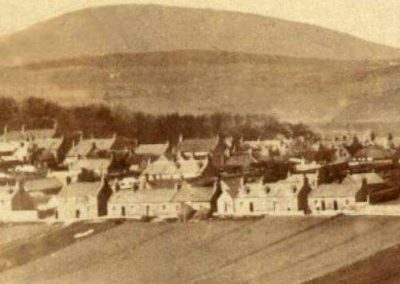 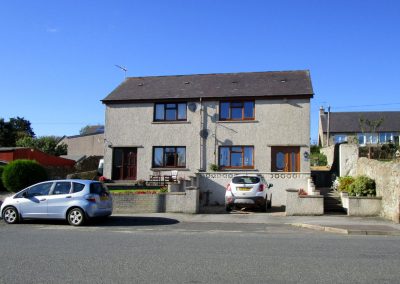 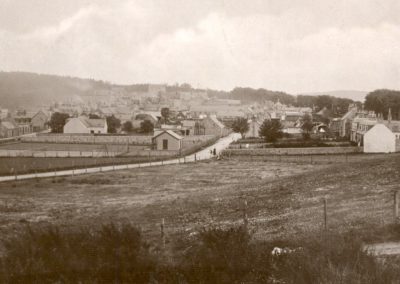 The pensioners’ cottages at 1-6 Cornhill Road were built by L A Anderson on feus previously occupied by the SCWS shop at 35 Main Street and the house at No.37. Both these properties were vacant by 1967 and the new houses were occupied in 1972. 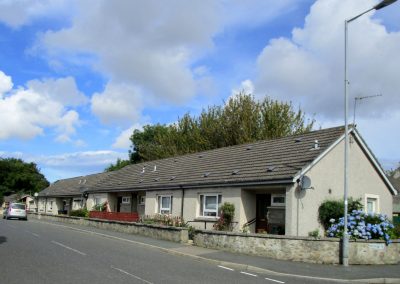 Following its creation in 1975 Banff & Buchan District Council continued to use gap sites to extend the stock of 2-apartment cottages.

In 1970 Rev Edward Walker advocated the building of semi-sheltered housing in the grounds of Rose Innes Home. Plans were approved by the Town Council in 1974, Duncan Harris built the four cottages and tenants moved in in 1977. The houses were never used for semi-sheltered accommodation, being instead added to the stock of mainstream District Council housing. 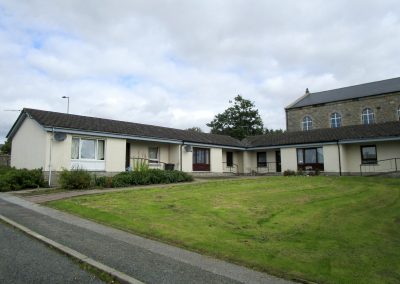 The four cottages were built by L A Anderson and occupied in 1978. 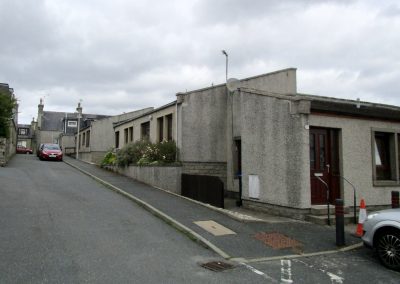 In 1981 the Council bought the existing houses at 85 & 87 North Street and in the back of the feus had four pensioners’ houses built by L A Anderson. 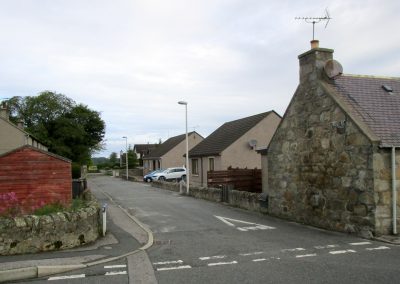 Two houses which had been uninhabitable since 1973, were purchased and replaced with new houses built by Duncan Harris in 1981.