As motor transport developed, especially in the 1920s, the horse-drawn goods carriers gradually went out of business. Their place was taken by delivery vans which served towns and people in the surrounding countryside, and by lorries which did more long distance work. After World War Two, motor transport was the norm although some local businesses continued to use horse or hand carts.
These photographs show:
(Upper row, l to r):
Van belonging to James Johnston, who had the house and butcher’s shop at 5-6 The Square. Photo probably taken in the late 1930s or early 1940s. (Picture courtesy of Helen Drummond)
A postcard view of the Square in the 1930s shows a delivery van outside the Fife Arms Hotel and a carrier’s lorry coming up Main Street.
John Taylor, later a Provost of Foggie, on his milk round from Cleanhill Farm in the 1950s.
(Picture courtesy of Gladys Christie)
(Lower row, l to r):
A parade of floats celebrating the coronation of Queen Elizabeth II In June 1953. (Picture courtesy of James Hay)
John Stewart the Baker’s van, one of the vehicles in the parade. (Picture courtesy of James Hay)
Bingo Bremner, holding son Robert, and Robbie McKenzie with two of Bingo’s delivery vans in the 1950s. (Picture courtesy of Mary McKenzie) 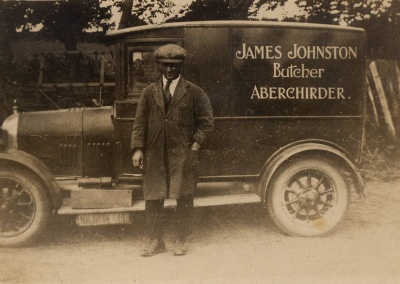 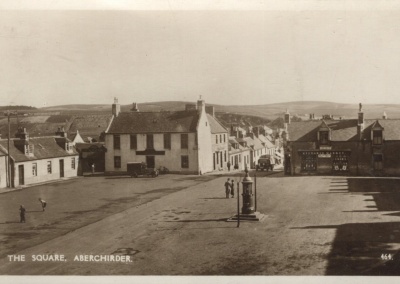 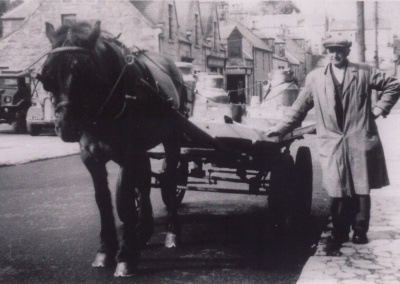 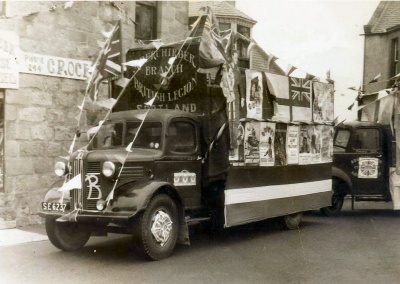 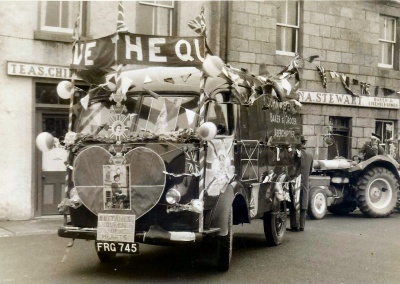 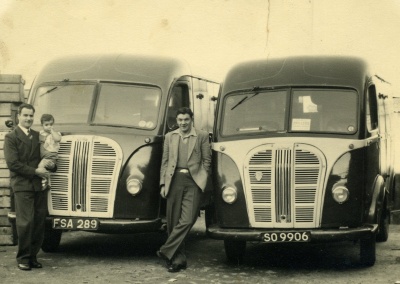 However, although horse transport was under threat from motor transport, most people in country areas still used traditional ways of getting about. Travelling to picnics by horse and cart was an experience enjoyed by children for whom leaving the village was quite an unusual event.
This photograph shows Geordie Donald with his horse and cart – normally used for transporting goods, manure and the contents of household ashpits! – taking passengers to a picnic at Marnoch in the 1930s.
(Picture courtesy of Sandy Stevenson) 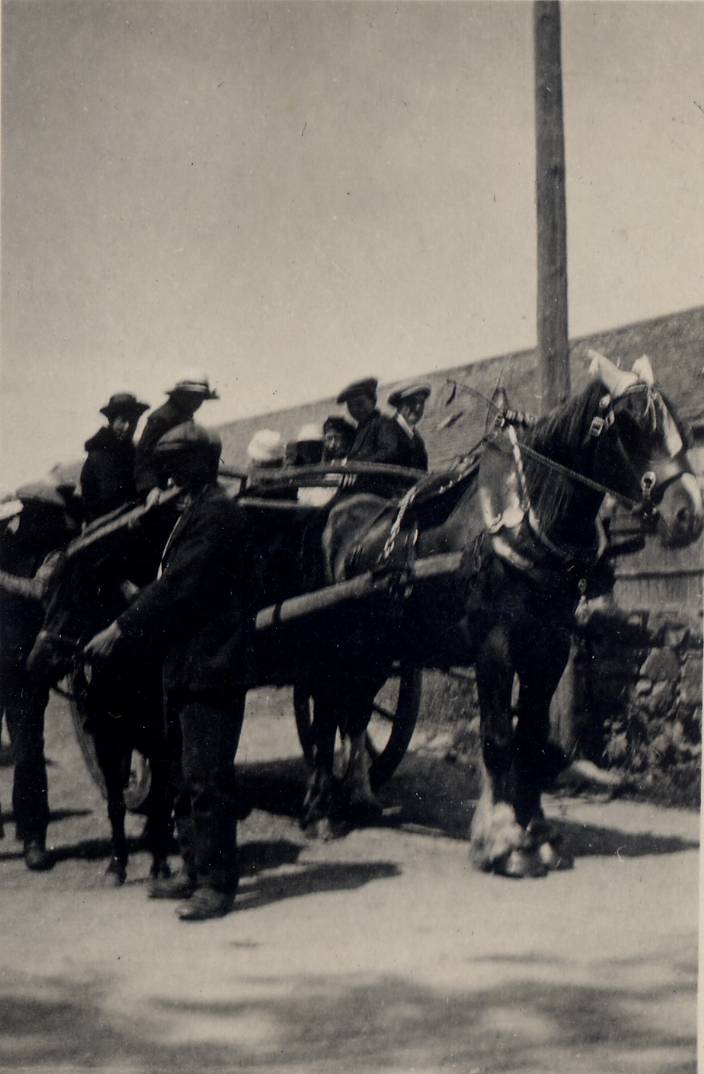 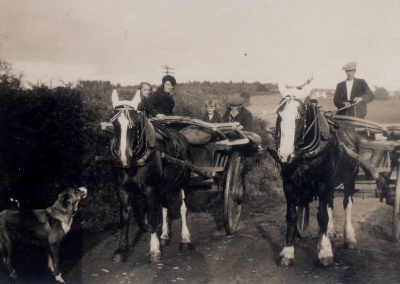 Members of the Taylor family of Cleanhill on their way to a Sunday School picnic in 1936. (Picture courtesy of Gladys Christie)

Streets were still unsurfaced and occasionally repaired by the burgh workman using hardcore made from stone from Causewayend Quarry. Travellers on main roads also had to put up with very rough surfaces.
These pictures show (l to r):
Causewayend Quarry, with two men working bottom left just above the loose rocks and stones. From a postcard by George Geddes, Aberchirder, postmarked 1919.
Picture courtesy of Pat Smith)
The top of Main Street looking east, probably in the 1920s, showing how primitive the road and pavements were.
(Picture courtesy of Pat Smith)
A postcard from the mid-1920s showing how rough surface of the main road to Huntly was at the time. It followed the original line of the turnpike but was straightened in the 1960s. 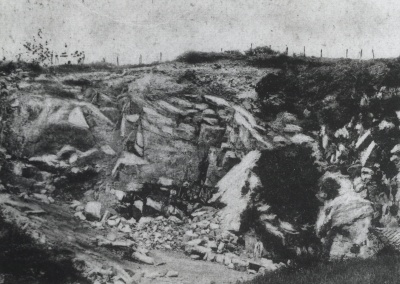 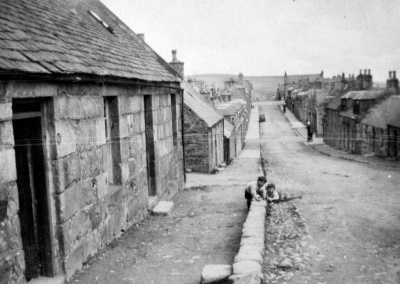