One aspect of road transport where technology has made life easier for motorists and road workers is in snow clearance. It is hard to imagine the disruption and hard work created by the heavy snow falls which, in memory at least, seem to have been more frequent in years gone by. These photographs taken in the 1940s and 1950s show how much manual labour was involved in clearing snow, using a horse-drawn plough and shovels. Not surprisingly streets and roads could be impassable for days. 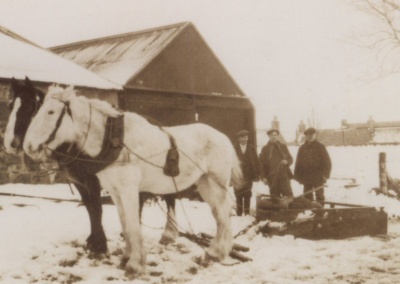 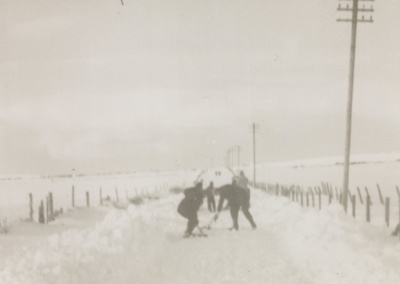 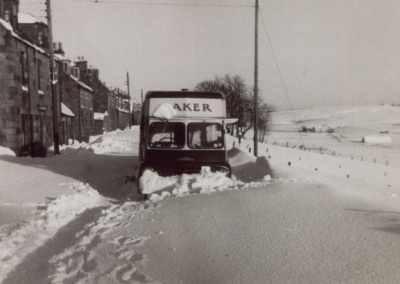 A Hay’s bus making its way towards Blacklaw and Aberchirder in the winter of 1947.
(Picture courtesy of Harry Thomson) 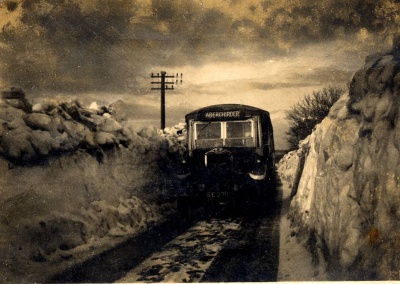 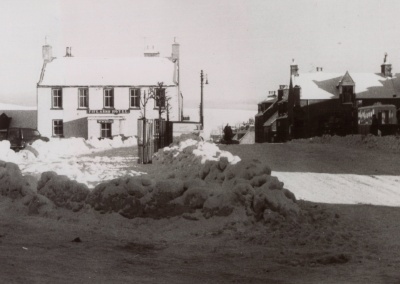 A wintry scene in the Square in the 1950s. (Picture courtesy of John B Rattray)

John B Rattray, who was chemist and postmaster in Aberchirder from 1935 to 1966, told of two episodes during the great blizzard of 1955, when there were 10-foot drifts in the area. Two postmen were on their delivery round from Aberchirder towards the Knock when they were forced to seek refuge in a henhouse near Culvie. Also, twelve Banff Academy pupils and their bus driver Badger, spent the night in a small kitchen in the tiny post office at Blacklaw.
J B Rattray took this photograph of his postal staff. L to r: Johnny Simpson, Robbie McLennan, Edith McCandle, Sandy McCrae, Rita Gray, Ackie Springies (Morrison), Geordie Porter, Frank Gibb. 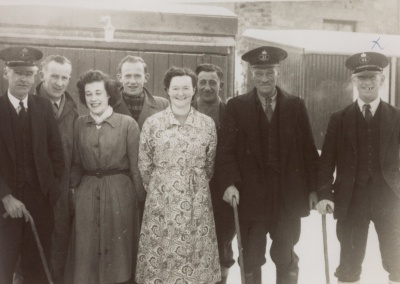