The First Century And A Half

Foggieloan was slow to develop, as evidenced by the fact that in the OSA description of the Parish of Marnoch, written by the minister in 1790, the only mention of the planned village is that “at the charity school in Foggieloan [there are] from 40 to 60 [scholars]”. And although Catharine Gordon had plans for expansion drawn up just before her death, a map of 1799 shows a grid pattern village with very few buildings, mainly round the Square. The single or one-and-a-half storey thatched, stone-built houses fronted onto the streets and, at the back, had long feu gardens which provided the inhabitants with much of their food.

Aberchirder from the Plan for the Lands of Finnygaud etc & Town of Aberchirder 1799 (Montcoffer Papers). Reproduced by kind permission of the Special Collection Centre, Sir Duncan Rice Library, University of Aberdeen.

There was a fairly complete Main Street, with buildings on feus running north to Back Street (now North Street) and south to the Long Lane (now Southview Terrace). A few houses had been built on feus on the north side of Back Street, but there was no South Street, which only appeared when the Banff to Huntly turnpike road was completed in 1808, passing along the southern edge of the village – as the main road still does today – and the South Street feus were soon built on.
In 1823 a map was published showing the layout of the village, now referred to as Aberchirder rather than Foggieloan. It is possible that John Morison, the laird, felt this historic name with its connection with the Thanes of Aberkerdour would lend his village some cachet and help it (and rents) to grow more quickly. 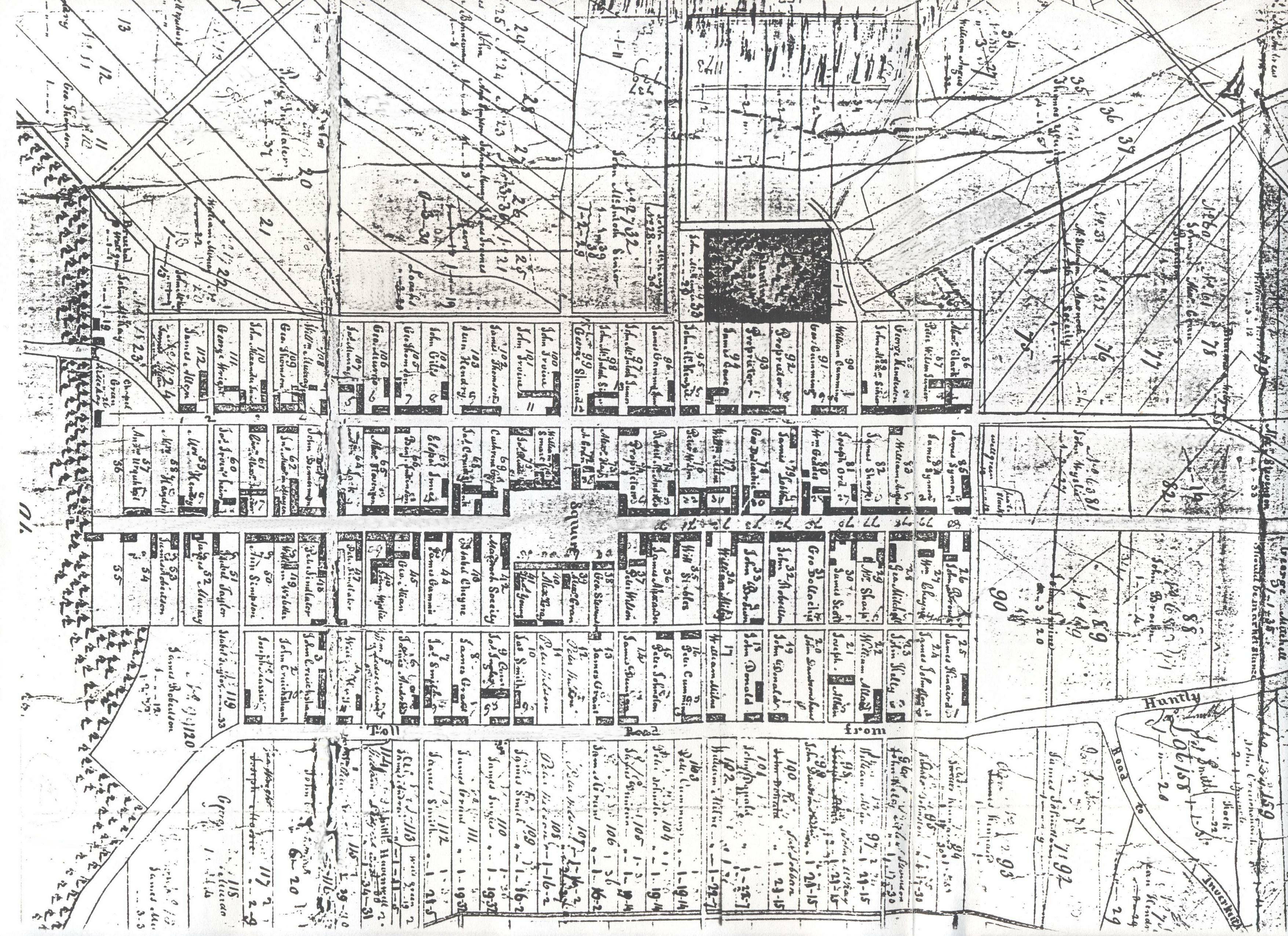 Aberchirder from the Feuing Plan for the Village and Lands of Aberchirder 1823 (Montcoffer Papers). Reproduced by kind permission of the Special Collection Centre, Sir Duncan Rice Library, University of Aberdeen.

The map shows many more buildings than that of a quarter-century earlier, including houses built in the gardens of houses which fronted on to the street. Examples can still be seen today at 13 South Street and in Huntly Road behind 38 Main Street: 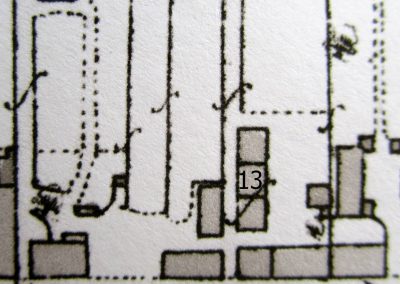 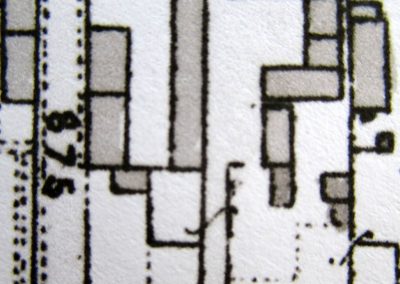 Originally the houses were thatched, with small windows and typically had a latch door-handle, as here at 13 South Street. 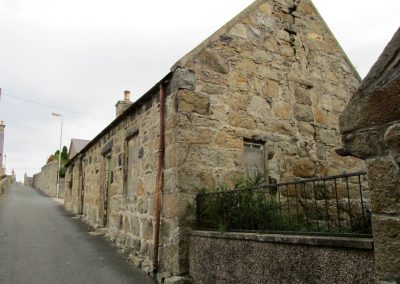 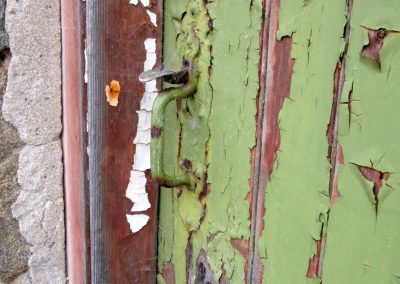 As of 2018 it is still possible to see how the original houses were constructed using stones from local quarries. Two original houses at 1 & 2 Long Lane, which were built before 1823, are shown on a picture postcard published in 1919 (left of centre, with smoke coming from the chimney). The second view, taken in 2003, shows them after the slates had been removed and a close look at the gable end shows how the roof had been raised at some stage, to allow the addition of a very low upper floor which was accessed by a straight wooden ladder. Unfortunately four years later these historic properties were swept away to create space for a modern house which had still not been completed in 2018. 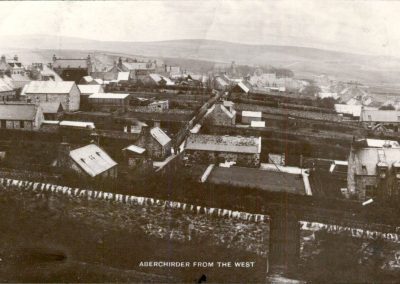 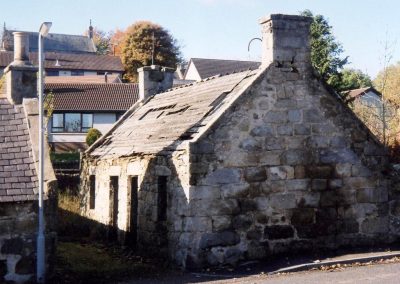 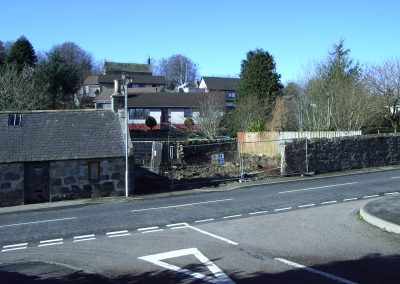 The Schoolmaster’s House in Southview Terrace shows the quality of the masons’ work with rough stones, while the houses on Huntly Road (at the rear of 38 Main Street) demonstrate how foundations for the walls were made by laying large stones on the ground in such a way as to compensate for any slope. 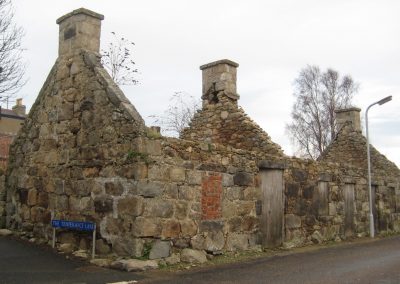 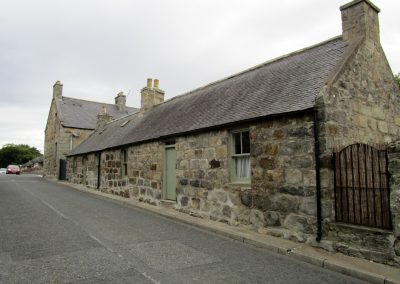 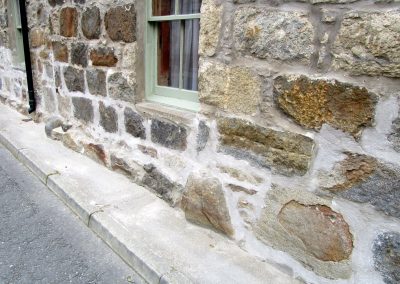 By 1864 the number of occupied feus had doubled, and buildings trebled, still almost all within the Back Street – Middle St – Front Street grid as originally laid out.
In that year the Huntly Express commented:
“The village of Aberchirder …did not make very rapid progress for a long time. In 1804…it contained 365 inhabitants, one for each day of the year, and only one slated house – that on the Square, now occupied as a hotel [the Fife Arms]…
The population of the village [was estimated in 1842] at 800. Aberchirder is now a compact and pretty neatly-built village, the three principal streets – with numerous lanes and minor thoroughfares – leading to a fine, capacious Square. The village now contains about 1400 inhabitants, and slated houses are now the rule and not the exception.”
A comparison of the map of 1823 with the 1866 OS map shows how the village had developed: 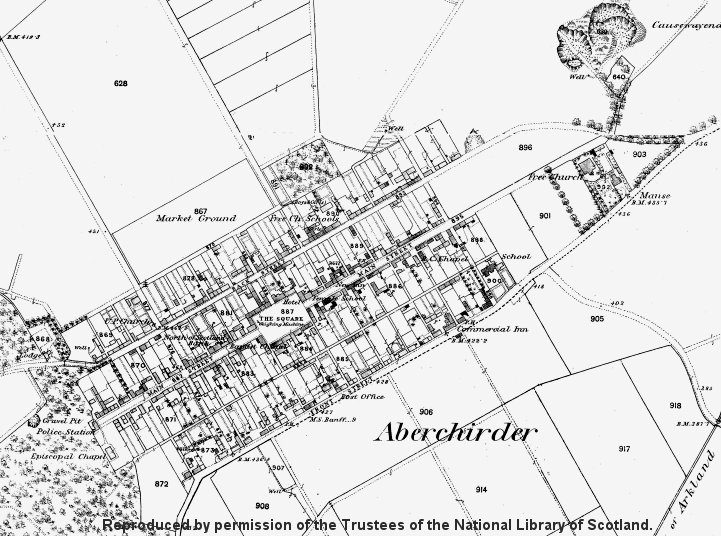 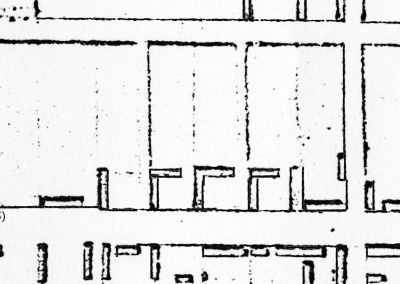 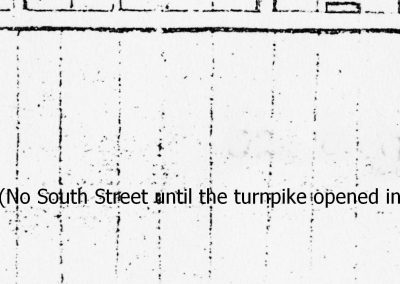 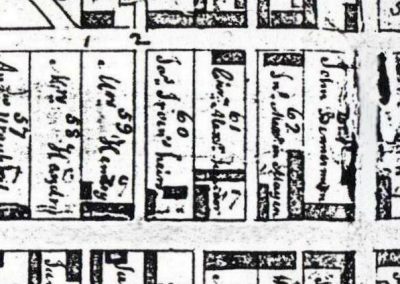 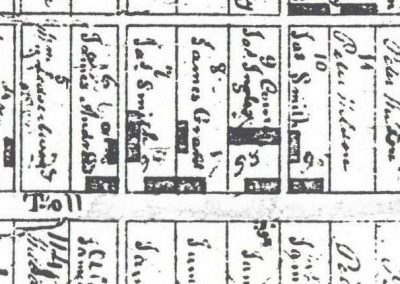 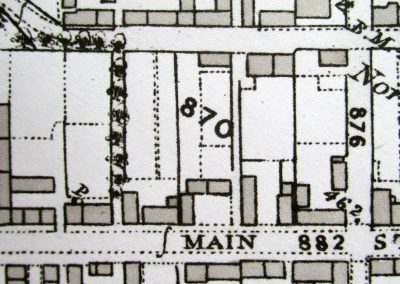 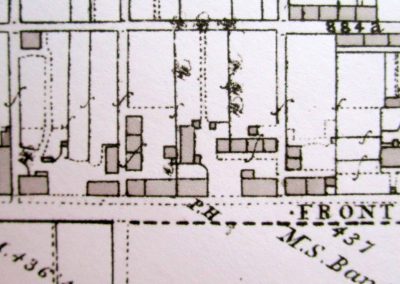