Passenger and freight transport expanded during the first half of the 20th Century thanks to motor buses and the development of motor cars and lorries. In 1905 the Great North of Scotland Railway company set up a motor bus service between Aberchirder and Huntly.
Steam traction engines were quite common, as motor lorries were still at an early stage of development.
The 1930s saw a big countrywide expansion of bus transport. In addition to the national Alexanders Bluebird company, local bus operators began to flourish with the main player in Aberchirder being Alexander Hay.
Another important change was the arrival of the motor car.
As for freight transport, horse-drawn goods carriers were replaced by delivery vans and lorries. 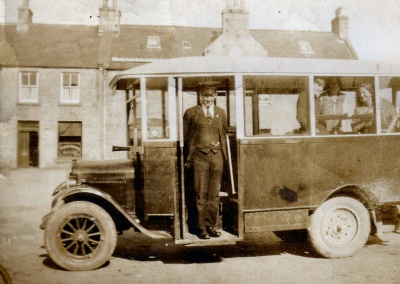 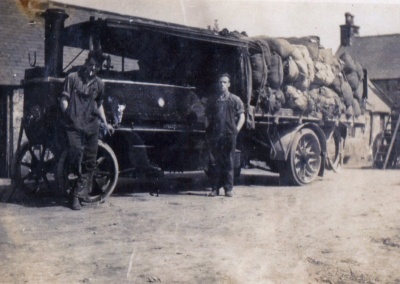 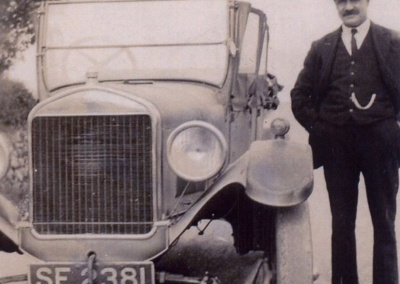